It's Okay To Talk About Pizzagate

You can't ridicule and bully away people's legitimate concerns about child safety.

The secret to enjoying a good conspiracy theory is to hold it in an open palm, neither grasping it as gospel truth nor shoving it away for running counter to the mainstream narrative. You want to avoid the traps of certainty and confirmation bias (relevant xkcd here), because otherwise you’re no better than the talking heads on TV insisting you’re only allowed to think what they tell you to think.

If you were working late and getting ready to end your shift, and then all your coworkers suddenly started telling you “Definitely don’t look in the backseat of your car before you get in,” you’d be forgiven for feeling a bit nervous. If they were all loudly and insistently telling you “Yeah, there’s definitely not someone in the back seat of your car waiting to rape and kill you, so just jump right into the driver’s seat without checking back there first,” you’d probably feel pretty scared walking through the dark parking lot toward your vehicle, especially if your coworkers already had a reputation for dishonesty and amorality. It would be perfectly understandable if you wanted somebody large and heavily armed to check your back seat with a flashlight before you got in, and nobody would really be in a position to tell you you’re wrong for wanting that.

That’s kind of how I see this whole Pizzagate thing right now. The mainstream media is going so extremely, cartoonishly far out of its way to aggressively tell everyone how fake, false and bogus this conspiracy theory is that it can only be making people more nervous at this point. Their loud, pushy narrative sticks out like a sore thumb against the background of normal corporate media commentary that people have become used to; people have never seen the New York Times publishing article after article about how wrong and stupid flat earthers are, for example. They’ve never seen the Washington Post run multiple articles per day containing very little but the words “9/11 truthers”, some punctuation, and a thesaurus’ worth of synonyms for the word “false”, but that’s pretty much what they’ve been doing with Pizzagate lately.

And it’s weird. This is very, very weird for everyone, and it’s okay for us to talk about that. 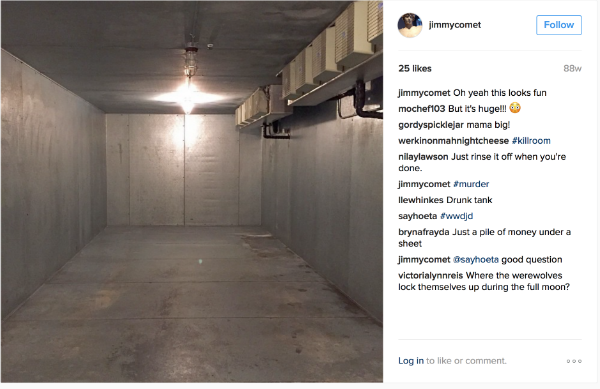 This morning I wrote about how I see the exaggerated vitriol against Pizzagate as having a lot more to do with the establishment media’s freakout over completely losing control of the national narrative this year than with an underground Washington pedophilia ring, but I’d also like to make it clear that I’m not saying we should ignore Pizzagate. If you’re one of the many people who has perfectly understandable concerns about this stuff, please exclude my voice from the chorus of people who are telling you to sit down and shut up about it, because you definitely should not. If this is something that concerns you, your concerns are valid, and anyone who insists they’re not is pretending to know something that they don’t.

Contrary to the repeated, baseless claims of the mainstream media, the many, many disturbing pieces of information within the Pizzagate conspiracy theory have not been “debunked” or “disproven”, and their assertion that every sane, thinking person should naturally see James Alefantis (who GQ enigmatically listed as one of the fifty most powerful individuals in DC) as some sweet, normal pizza shop owner is an insult to the intelligence of anyone who’s had the stomach to look through his Instagram photos.

Well, I looked through his instagram photos, on his actual account before he closed it to the public. It was very psychologically uncomfortable for me, and I'm pretty sure any other parent who has done this would rather die than leave their kids alone with Alefantis. At worst he's barely human, and at best he absolutely deserves all the negative attention he's getting.

Because that guy, whoever he is and whatever’s he’s doing, did not mind at all being seen as a weird sicko. He was happy to tease about his associations, setting up a picture of a kid taped down with gaffer tape to a table, images of babies and children intermixed with images of adult pornography, and making extremely disturbing comments with apparently coded language, using the same adolescent signaling tactics kids use when they’re doing something naughty yet cool. So he doesn’t get to cry poor victim for our thinking he’s a weird sicko, and at the very least he could certainly apologize for scaring everyone for doing such intensely creepy things while involved with such powerful people. 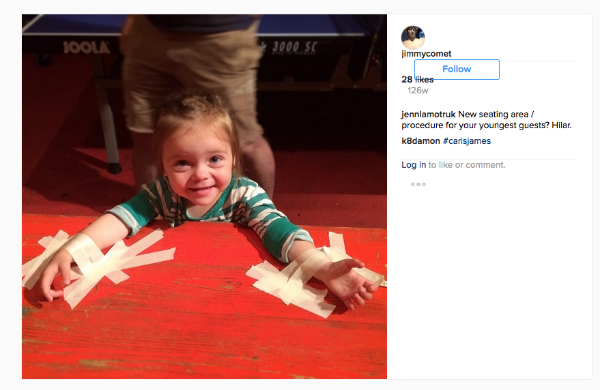 In any and all cases, if there are children at risk, then him getting a little light shone on him is perfectly warranted. Every sane, moral human would agree to bringing transparency and clear, point-by-point explanations of this stuff to quiet people’s fears. You cannot blame people for being worried when there are children involved. All this jaw-flapping about “Fakey fake fakery! Don’t look! Russia!” not only spooks me out more, but as a mother it makes me angry, too.

It’s not like pedophilia is unknown in high places. It wasn’t that long ago people were saying “Oh Father Crispin would never bugger children, he’s a man of God!” and that was all they needed to say to keep Father Crispin safe from prying eyes. We’re now discovering that the Catholic church was hiding a vast network of pedophiles that had normalized pedophilia in schools to such an extent that little boys were tightening their belts before class to try to avoid being routinely fondled by their teacher as he circulated the room.

So don’t bluster at me that this is preposterous, unthinkable. This whole thing blew up because the husband of Hillary Clinton’s closest and most intimate aide is a convicted pedophile. Clinton’s husband has been recorded taking The Lolita Express 26 times. And the list of already tried and convicted pedophiles in office in recent times is so long, I had to take breaks to read it. Breaks to cry and dry retch. My eyes got so wide, I had to remind myself to consciously blink. By the end, I had to admit to myself, that it’s very naive of us to think there is nothing going on in DC.

I might be a simple girl with old-fashioned don’t-diddle-children morals, and I’m not in the cool gang in DC, but I’m not naive either. Don’t scurry me along with a pat on the bum. I’m going to stop and check this thing out for as long as I need, thank you very much, for as long as I need to be reassured that children are not in danger. I won’t be shamed out of it, and you shouldn’t either. This stuff looks weird, and we’re allowed to talk about it.

So talk about Pizzagate. Talk about it whenever you want, wherever you want. It's entirely possible that it's got everything dead wrong, but so what? It's okay for ideas to be wrong; they're just ideas. As long as you're holding it in an open palm and remaining open to other possibilities, you've got a lot more integrity and intellectual honesty than someone who says you shouldn't talk about this thing.

Thanks for reading! If you enjoyed reading this as much as I enjoyed writing it, help me out by sharing it around, liking me on Facebook, following me on Twitter, or even tossing me some money on Patreon so I can keep this gig up. I love you.